The following information is a summary of Glenside character. Most of this material was provided to Wellington City Council in 2004 by residents seeking inclusion of Glenside as a 'place of special character' in the City Council Rural Design Guide.

Settlement features of the landscape

Roading generally not kerbed or channelled.

Access to properties is contained by the railway, the Porirua Stream and Middleton Road.

A chain of heritage buildings dating prior to 1900 feature along the eastern side of the valley.

Housing is clustered in intimate small settlements or isolated from neighbours by folds of hills and planting. 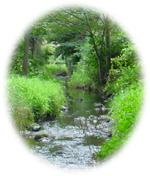 Qualities valued by the community

Glow worms.
Amazing views at every turn.
Significant ecological corridor.
Significant areas of native bush.
Good neighbours and community spirit.
Moonlight, little street-lighting. Dark at night.
The sound of water trickling and able to see the water.
Rustic places. Long waving grasses. Old wood lying about.
Sounds of rural activity such as horses, sheep, and chooks.
Heritage, such as abandoned farm gardens and original farm buildings.
Bush and bird life. The visibility of kereru. The sound of the moreporks.
Permission given by neighbours to access properties to ride horses and walk places.

Glenside was not included as a place of special character in the 2004 Rural Design Guide.